The product and its development

EMKO EM10 was developed within the context of a reforestation project (Plan Verde e.V.) undertaken by Elke and Stephan Krüger. 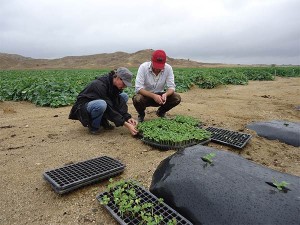 Since 2007, several attempts have been made to improve sandy and salty soils in the Piura region. This has been done using home-made humus, organic and conventional fertilizers, and multi-microbial products produced by different manufacturers. These efforts unfortunately achieved nothing in terms of the desired success, other than a lot of work and costs.

The balanced ratio of effective microorganisms was found only when fortuitous circumstances came together during the research. This allowed the development of the EMKO EM10.

EMKO EM10 is a natural, ecologically-friendly soil additive and fertilizer made strictly with organic ingredients only. At the same time, it is comparable to the well-known product „EM 1“ developed by Japanese agricultural scientist Teruo Higa.

In the production of EMKO EM10, special processed phytonutrients are processed in a multi-stage manufacturing process using micro-organisms, occurring globally in natural and healthy environments. They are useful and necessary for animals, plants, soil and water, and the environment. These organisms are neither „genetically modified“ nor harmful, and they cause absolutely no known harmful effects on plants or people.

It is primarily photosynthesis bacteria, lactic acid bacteria and enzyme-active yeasts which are involved when the soil is vitalized and cultivated. Many of these micro-organisms are used in medicine and food technology. 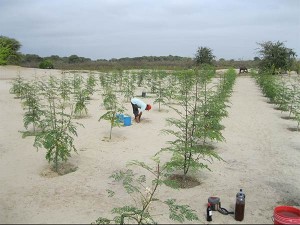 For the EMKO EM10 to be used most effectively, its nutrients must be in an optimum balance. One of the critical conditions for plants is optimal nutrition. In addition to the main nutrients, a variety of trace elements and plant hormones, or their precursors, are critically important. These must be available for plants in bioavailable form. This makes it possible to achieve an increased exploitation of genetic potential. Simply put: A healthy soil life with dominant positive (efficient) micro-organisms are „the intestines of the plant“.

EMKO EM10 contains a wide range of macro-elements, trace elements, carbohydrates, plant hormones, amino acids, vitamins and enzymes which are in an immediately available form. The soil is significantly improved with regard to organic matter and the occurrence of dominant positive microorganisms. 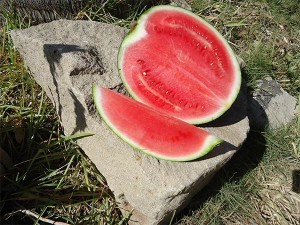 The soil develops a higher water binding capacity and thus a greater resistance to drought. This leads to water savings. Seed germination is accelerated and the germination level is increased even in old seed, where it can even be possible for the first time. Seedling root formation is distinctly promoted and results in far-reaching root systems forming faster. As a result, the plant can absorb and process a larger number of nutrients. Evidence of increased growth in the strong, healthy plants is visible in the first week after the first application of the solution. The wide range of elements now available quickly compensate for the plants’ deficiency symptoms. Plant growth, flowering and fruit formation occur much faster. The solution is applied to the soil, the leaves or the seed (seed treatment). The fertilizer is absorbed via the soil and just about all parts of the plants such as the leaves and roots. The plants‘ enhanced immune system increases their defenses.

The minimum shelf life of the fertilizer/stock solution comprises at least 48 months in dark storage at temperatures of up to 34° C. 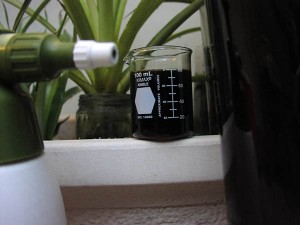 In most applications, the dosage should be in a ratio of 0.1% to 0.2% of the amount of water to be used. For example: for 10 litres of water, add between 10 ml and 20 ml EMKO EM10. Depending on the soil, between 5 and 10 litres of EMKO EM10 are required for a 1 hectare area. EMKO EM10 is used at the planting stage of the planting cycle, for example of watermelons, 3 times.

In tests carried out to date, the following results were recorded: 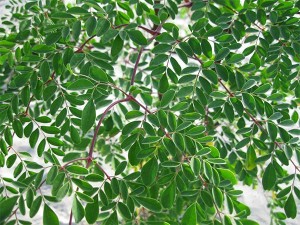 Approx. three days after the first watering, the first results show up in the form of newly grown leaves which have a luscious and lustrous green color.

The water-binding capacity of the soil increases immediately.

EMKO EM10 continues to spread in the vicinity of the watered plants. The soil structure undergoes positive changes, and even sandy soil has a distinct humus smell/humic acid build-up after roughly 3 months.

Here is a list of plants that show 10 significant improvements through the application of EMKO EM10. 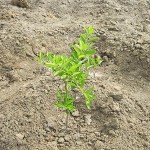 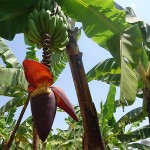 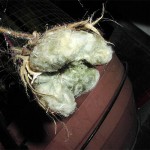 Argan seed (argan spinosa) normally germinates and thrives only in Morocco. Attempts to cultivate in California have apparently failed.

Seeds (e.g. grass) germinate that previously seemed to be „dormant” in the dry soil.

Edible fungus (armillaria mellea and the French parasol) suddenly grow in colonies in our experimental garden (as of February 2008).

The better utilization of the soil nutrients.

The same or higher yields can be obtained by the rise of the metabolic activity with employment of smaller fertilizer quantities.

For suggestions, questions and suggestions you contact us under: nurticion.organica (at) emko.at